quoqunque jeceris stabit – Whichever Way You Throw It, It Will Stand 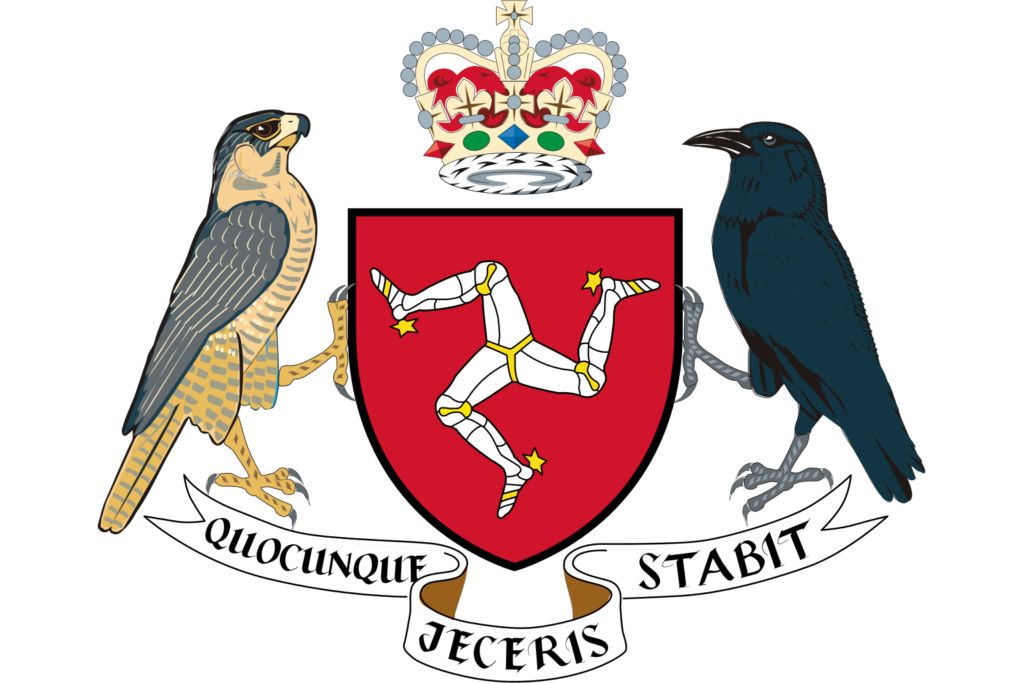 Isle of Man Coat of Arms

Whithersoever You Throw It, It Will Stand
Motto of the Isle of Man, a self-governing crown dependency in the Irish Sea between England and Northern Ireland.  The earliest examples of the Latin motto come from the island’s coinage in the late 17th century.

quoqunque jeceris stabit (jeceris with a J) is the medieval version of the phrase’s spelling.

Origin of the Latin Phrase:

There are two theories as to the meaning of the island’s motto.

The first theory of the origin of the phrase quoqunque ieceris stabit relates to the island’s symbol of the “three legs of Mann”, joined at the thigh, dating to the late 13th century.  The motto saying “whichever way you throw it, it will stand”, makes sense in combination with the Manx triskelion.  Both triskelion and the motto are of unknown origin, so there is no way to know for sure.

The Manx triskelion together with the motto appear on the island’s official coat of arms, as well as some of its currency.

The second theory of the origin of the motto relates to the poor quality of coinage common at the time.  In other words, if this theory is correct, the motto means that however the coin is tested – it will pass.

Log in - Powered by WordPress - Designed by Gabfire Themes